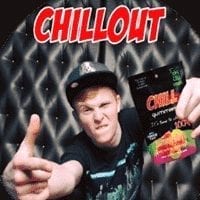 We respect your privacy and take protecting it seriously

Thank you for subscribing.

Sour Diesel strain is also known as Sour D, Sour Diesel is a Sativa strain exuding a citrusy, sour pungent odor with a zesty, earthy taste. The leaves are deep green, with calyxes covered in white trichomes and thin hairs when ready to harvest.

Sour Diesel’s lineage has referred to be a cross between the Indica Northern Lights, and a hybrid Skunk phenotype or the hybrid Chemdawg.

Despite having confusion, some of those who have tried have said it is mellow and relaxing. Some have recommended using it to lower stress, anxiety, pain, and nausea. And many others have stated that they have enjoyed the spacey buzz that allows for introspection.

The smell of Sour Diesel strain

The scent of Sour Diesel CBD is different. It is pungent and distinct with traces of pine. This strain is a mossy green with burnt orange pistils and a light coating of trichomes that lighten its tone.

One of the most important things about a strain is its THC level. Most of the strain THC levels are between 18% to 25%. But the THC levels of the Sour Diesel strain is 0.3% fluctuate depends on the cultivation and curing techniques.

The strain shows an extremely pungent blend of fuel, skunk, citrus, and spice which will leak through many jars or bags while the strain is well-growing. And the sharpness gets stronger after breaking it up and adding a stronger kick of citrus as well as a cutting fuel aroma.

One most important thing about strains is – its flavors. The flavor is good of these strains.
A frontal attack of skunky citrus funk gives way to a lime-kissed spice that lingers in the mouth.  And the smoke is expansive but it will cause coughing on larger hits.

Royale Hemp is an affiliate of CBD oil manufacturers, which means you get the same price when you buy here.

We make commissions based on sales but you can be sure that you’ll be getting your money’s worth with our original CBD products. Buy now and experience the many health benefits of our CBD products.

And like always thank you for visiting or shopping at Royale Hemp.

If you have questions or comments we would love to hear from you. Please check us out and leave us a comment on Facebook.

Be the first to review “Sour Diesel strain ” Cancel reply

We respect your privacy and take protecting it seriously

Thank you for subscribing.